The Many Marvels of Japanese Green Tea 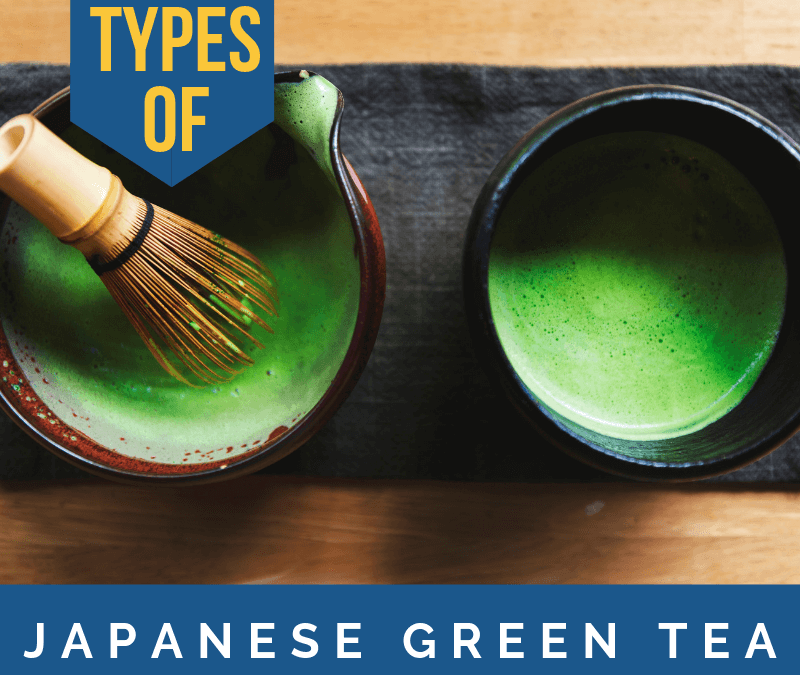 While it is celebrated all over the world for its beautiful, earthy flavour and many impressive health benefits, green tea is intimately interwoven into the rich culture and longevity enhancing ways of Japan.

Hailed for its restorative and healthful properties, green tea is the most highly consumed beverage in Japan accompanying every meal and constituting a fundamental pillar of the Japanese way of life and hospitality.

While “green tea” is bandied around these days as a bit of an umbrella term, there are in fact many different varieties and formats of green tea (Japanese matcha tea being one of the most recently famous on the global scene and our favourite, of course).

In more recent times, green tea has seen itself expanded even into elaborate gastronomy, popular desserts, and even topical skincare – it’s the gorgeous green gift that keeps on giving.

The History of Green Tea in Japan

While China is often referred to as the birthplace of tea, its cultural significance in Japan dates back as far as the 12th century. Green tea, in particular, was first introduced into Japan by Zen Buddhist monks who had studied the ways of tea in China and brought their knowledge back to Japan to adapt and refine into the cultural ritual it is today.

It was the Zen Buddhist monk known as Eisai who really kicked things off in the Japanese tea landscape with his book, Kissayojoki, covering in depth the various methods of tea cultivation, preparation of green tea and the many benefits for health and longevity that green tea can bring to its drinkers. It was this book that propelled the shared Japanese tea culture into popularity and shifted tea consumption from the religious classes and socially elite to all levels of Japanese society making it a core part of Japanese daily life.

The Different Types of Japanese Tea The first primary distinction is obviously between green tea and black tea, which are probably more similar than you’d ever expect. The most interesting thing you may not already know is that the tea leaf itself is the same – the evergreen shrub known as the Camellia Sinensis!! It is the cultivation and method of processing that distinguishes different types of tea from one another. Black tea is fermented whereas green tea is not, explaining the lighter colour of green tea as opposed to black tea.

In order to make black tea, the tea leaves are rolled first and then they are exposed to air to activate the process of fermenting the leaves. This causes the change of colour to darker brown and encourages the flavours in the tea to become more intense and rich. By contrast, green tea leaves are not fermented – rather, they are cultivated in different ways according to which sub-type of green tea you are aiming for.

When it comes to the different variations within green tea itself, there are many different factors that can change in the process of production.

The great majority of tea grown these days is simply regular or conventional, but for a premium you can also easily purchase organically certified teas, which are becoming increasingly popular in this day and age. Sencha tea is one of the most common types of green tea and you have probably come across it if you are a regular diner. As mentioned, all green tea kinds are all derived from the same tea leaves, but Sencha involves choosing the youngest leaves earlier on in the process. Importantly, this type of green tea involves growing the tea leaves in full sunlight and creates a light, yellow type colour. Once picked, the leaves are then steamed, rolled out or crumpled to extract flavour and then dried. Sencha is the most common among the types of Japanese green tea. You might have seen this kind of tea on more elaborate, Japanese menus and this is just a form of Sencha but with an added ingredient that is then blended together. It comprises a combination of Sencha tea leaves but is mixed with puffed brown rice that adds a kind of grainy, nutty flavour much like popcorn to the delicate sweetness of the green tea.

This is another variation of Sencha tea, but this kind is roasted further giving it an extra roasted flavouring on top of the sweeter green tea flavour. It doesn’t contain very much caffeine so is good for caffeine sensitive drinkers and bears a flavour starting to resemble that of a black tea like English breakfast or Ceylon tea.

Next, we come to the shade grown variations, Japanese matcha tea being one of the most celebrated and our personal favourite. These kinds of teas involve growing the leaves under special shade covers for twenty to thirty days before harvest, which enhances the levels of an amino acid called Theanine, as well as deepening the green colour of the leaves. Theanine is unique to three sole sources in the world, including matcha, and is what makes the quality of caffeine in matcha different to that of coffee. It stimulates alpha brain waves and slow releases the caffeine into your bloodstream so that the energy boost is much gentler and more sustained while also creating a sense of focus and concentration. Unlike other forms of green tea, the leaves once harvested go through steaming, drying and then grinding into a fine powder with a stone mill. Whereas the teas above involve a courser dry tea leaf that you can either serve in tea bags or steep in water using a teapot (but then throw out the leaves), matcha drinkers dissolve the leaf in water as a powder and thereby consume the whole leaf along with many more benefits within those leaves. On top of that, by drinking Matcha you can also ingest oil soluble constituents (Vitamin A, Vitamin E, Beta-carotene, etc.), which are not extracted into water when brewed.

Matcha comes in various grades depending on whether it has been hand-picked (in the case of the superior ceremonial grade) among other factors.

Matcha is also made in China, but the true birthplace and the centuries of tradition and knowledge lie in Japan where the matcha process was cultivated. Japanese matcha is generally of much higher quality and grown in the lush rolling hills of matcha-specific areas of the country that have been nurtured for centuries specifically for matcha growth. This is very similar to Sencha but with leaves that have been grown under shade unlike Sencha leaves which are grown in full sunlight. The processing after harvest of steaming, drying and then sorting is very similar though and it also has a mellow flavour with quite a sweet taste. As the leaves have been grown longer under shade and turn more green, when brewed, Gyokuro generally has a more grassy green colour than Sencha. This is often seen as the highest quality green tea (not including matcha which is considered to be in its own category being ground into a powdered form rather than remaining a traditional tea).

Given there are so many different kinds, there are different tips and tricks for each option. Generally, however, the ideal temperature for brewing any kind of green tea should NOT be boiling – this is a very common mistake for many of us when making green tea. If we steep the tea in boiling water, it can not only create a bitter taste in the tea as it burns the tea but it can also destroy some of the beneficial components within the tea such as the catechins and amino acids that make it so good for you. So the ideal temperature is less than boiling sitting at around 70 to 80 degrees Celsius.

The ideal time to steep the tea in that NON-boiling water really does vary between the type and quality of the green tea that you’ve chosen. And of course, in the case of matcha, there is no steeping at all as the full leaf is dissolved in the water and consumed so there is no actual steeping time. Generally, you would steep for 3 minutes and then taste to check brewing further if you prefer more flavour and with most leaves you can brew them again a few times before you replace them.

The Japanese also believe that the quality of the water you use to create your tea can influence the overall tea experience. So, skip the tap water and go for the highest quality water you can find. Enjoy!!!