Train Where The Athletes Train For Free (Melb Ed.) To be like the best, you have to train like the best! Sure, there’s a bit of time spent in the gym, fancy sports training grounds and all that jazz, but you probably don’t realise that some of the best cyclists and runners are training just around the corner from you! Here are some of the most popular training areas for beginner, intermediate and totally awesome fitness freaks… elite athletes.. whatever you want to call yourself!

Beach Road- the perfect road to travel in hoards and get the drivers a little bit cranky on a Sunday morning. You’ll see pelotons riding down Beaconsfield Parade along the beach on the weekends in colourful kits, long socks and super fancy bikes! It’s a relatively flat ride where new riders and experienced riders alike share the roads! The ‘Frankston return’ is a popular 90km route if you’ve got a couple of hours up your sleeve.. if not the 46km Mordiallic return is just as popular (starting from St Kilda) Yarra Boulevard- one of the most popular places for cyclists to build strength and get a flattie. Despite the efforts of vigilante groups to shun cyclists from the popular route by throwing tacks on the cycle path, cyclists still congregate here for some good leg burn! Picture courtesy of: The Herald Sun

Doncaster surroundings – an extension to Yarra Boulevard, some cyclists will ride through Kew and over to Doncaster for a longer, ‘hill session’ to build strength and endurance!

Albert Park Lake- one of the favourite places to train due to it’s flat terrain and protection from cars. The 5.2km road route around the lake gives some amazing views of the city from the southern end as well as being the perfect place for cyclist to practice non-stop riding (red lights are their worst nightmare). It’s a great place to not get hit by cars, go for a casual ride with a bunch of friends or to smash out some fartlek interval speed training

Velodromes- Anna Meares wannabe? There are a few free outdoor velodromes around Melbourne that you probably don’t realise exist. Northcote, Brunswick, Preston, Blackburn, Coburg, Geelong and even Peninsula are all home to one. The Hawthorn velodrome, was used as a warm up track for the 1965 Olympics!

Arthur’s Seat- a 3km hill climb that really burns!! Another popular place for strength training and is so worth the pain when you reach Arthur’s seat and marvel over the view of Mornington Peninsula and surroundings! Park Run- for all new and experiences runners, Park Run is one of the best activities to do on a Saturday morning to run with other runners and work on that new years resolution of yours. They offer a timed finish and record keeping as well! There are tonnes of Park Run events every week in pretty much all parts of Melbourne! Check out their website to find a Park Run near you http://www.parkrun.com.au/

Albert Park Lake- the gravel track around the lake, again, brings about some amazing views of Melbourne sky scrapers and is always buzzing with dog walkers, families, mums with prams and runners. It’s just under 5km to complete and it’s impossible to cut corners! During the summer you’ll see the triathletes doing multiple laps, because they’re that amazing! 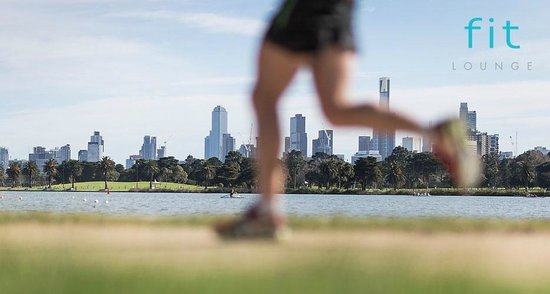 This photo of Pullman Melbourne Albert Park is courtesy of TripAdvisor

The Tan- the 3.87km track around the tan is one of Melbourne’s most popular running tracks. It’s perfect for city workers to be able to fit in a run in a picturesque way. You’ll be able to see some of the best bits of Melbourne – The Shrine of Remembrance, the Yarra River, the Botanical Gardens and… Anderson st hill… every runners dreaded hill!

Capital City Trail- Although very popular for cycling commuters, you’ll find marathon runners training along the full length of the 29km path. So the next time see a runner on the Capital City Trail, give them a kick, cheer, high-five or butt slap because they’re probably on their 27th km! Kokoda Memorial Walk aka 1000 steps- although it can get very busy and is a fair drive away, this is one of the popular strength training locations for all levels! If you can run the 1000 steps to the top a few times around.. you’re definitely doing something right! Picture courtesy of the Herald Sun

Sandringham steps- Near Royal Avenue and tucked behind the Bayside Coastal Trail lay 110 steep steps with the last step leading you to a nice little beach! Many runners running along the trail will do a few stair climbs as a means of strength training.

Arthur’s seat- as above