Romantic Gestures – Celebrities All Loved Up!

Valentine’s Day is the one day of the year where florists are at their busiest, chocolates sales rise and PDA is given the thumbs up. Do you have someone special in your life this Valentine’s day? We’ve compiled a list of romantic gestures by A-list celebrities that might give you some ideas on what to aim for!

Casual Date Night // You don’t need to pull out all the glitz and glamour to have a romantic evening with the one you love. For their one year anniversary, George and Amal Clooney swapped the A-lister life for casual clothes and a night dining out at Asanebo Japanese restaurant in the Studio City neighbourhood of LA. The Ultimate Date Night // Justin Bieber makes a note that it’s important to make all women feel like they’re princesses, because every girl is a princess. During his time dating Selena Gomez, he rented out the Staples Center in L.A so the both of them could have a romantic movie night. 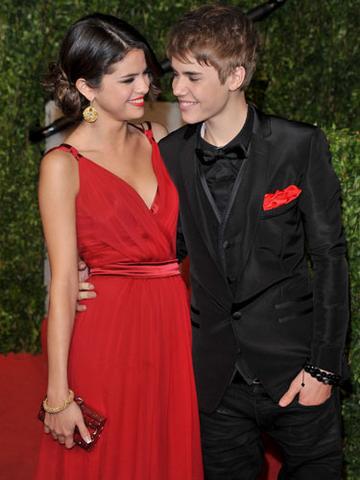 First Kiss // That magical moment where your friendship with someone becomes something a little more special! After David and Victoria Beckham first met at a football match, the two started going on a series of secret dates. Their first kiss was in a car parked outside of a restaurant – sounds like something that would happen in a 90’s teen-romance flick. Aww, young love! Double Dating // Now Chrissy Teigan, John Legend, Kanye West and Kim Kardasian have taking double dating to a whole new level! After a Rhiannon and Kanye performance one evening, the two couples ended up sitting in a booth at a Waffle House. “We were already dressed up from the party, and we were having such a good time. I’m not sure how we ended up there really. I’m sure it was probably my idea. I always make a late night run somewhere!” Chrissy Teigen was quoted saying. The Proposal // Remember Zac Efron’s bestie from High School Musical, Corbin Bleu? Well he’s totally going to have you gushing over his version of a fairytale proposal to his girlfriend, Sasha Clements. It was outside the front of the Cinderella castle at Disney Land. When he got down on one knee, he presented Sasha with a ring that he placed inside a glass slipper – so cute!! But how is this about a destination proposal. Located on a glacier topping 14,000 foot, Seal had an Igloo specifically built for his marriage proposal to Heidi Klum! #romanicgesturegoals No matter how extravagant or low key your Valentine’s Day is this year, we hope you are spending it with the ones you love! xx