There are so many things that are made and done around us for reasons that we just have absolutely no idea. Here’s out top things that will probably blow your mind and right in front of your own two eyes!

You’ve been dressing yourself for your whole life and probably have never noticed that the buttons on your shirt are different to the guy or girl sitting next to you! On a men’s shirt, you’ll find the buttons on the right, and on a women’s shirt, you’ll find the buttons on the left. Some reckon it’s because it was easier for men to unbutton their shirts while fighting with their sword in their right hand, other theorised that it was because it hindered the left-right movement of weapon pulling for hunting, and the last one, that we think is pretty awesome, dates back to the Victorian era where women were supposedly dressed by servants so having the buttons inverse made it easier for these servants… Seriously.

Have you picked up that all the times on all the watches that we see in commercials and billboards are all the same- 10:10? Apparently it’s more aesthetically pleasing than any other time of the day! If only that was the same across all aspects of life- we’d love to be aesthetically pleasing at 7pm everyday… cause that’s when dinner dates generally are. HA! Having it at 10:10 is also meant to appreciate the hands of the time piece as this is when they don’t overlap.. again.. wishing that people appreciated our hands that much!

3. Females are the default gender!

No, we’re not making a stance on anything here, we’re just letting you know that you were once a girl (if you aren’t one now, that is). That’s right, until you were honoured with the Y chromosome (the one that turns you into a boy), you were pretty much on track to being a #GAL. Nipples are formed for the main purpose of delivering milk to an infant after child-birth so the fact that men have them seems absurd from a biological stand point. The only reason why males don’t have full blown breasts is, again, that Y chromosome and high testosterone. It only makes sense for scientists to conclude now that everyone is in fact default be female! Pretty cool, right?

Adidas- is it a-dee-das or -ah-di-das. The name came about by the German founders name- Adolf Dassler. ‘Adi’ was his nickname and ‘das’ were the first 3 letters of his last name… put it together and you get AH-DI-DAS. Yep, sorry Macklemore and all you long ‘i’ believers and sorry to all those who thought that ADIDAS was an acronym for ‘All Day I Dream About Soccer”! While we’re on this topic, is it Nike like bike or Nike like bikie? It’s been comfirmed it’s definitely Nike/Bikie after 2 students wrote in a letter to the Chairman of Nike to confirm! Lastly, for all the Australians out there who love their active-wear, those compression tights that you where with the big silver/coloured X? That company is called 2-TIMES-U (2 multiplied yourself) not 2-EX-U. Mind blown.

Filling these out are super annoying, especially when you have to run and get your glasses and squint to figure out what the half-faded, barely-there letters and numbers are just to order your pizza because you’re that lazy to walk down the street to it! After reading this though, you’ll appreciate those 10 seconds that you thought you were never going to get back! Luis von Ahn was the mastermind behind the little security things that you have to fill out to prove that you’re not a robot. He saw that there was so much potential and power in being able to take 10 seconds of people’s time just like that, so he used this to do something AMAZING! Now, with the new reCAPTCHA system he has created, we are all working as one huge world decrypting old scriptures and books into the digi-sphere… We’re doing things that computers are yet unable to do, as one whole world, without even knowing it! How awesome is that!!! Check out this vid if you wanna hear the whole story! 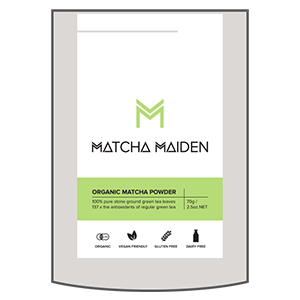