5 of the worst places to start a conversation

In middle of yoga class

‘Omm’ and ‘Namaste’ are probably the only spoken words that should be heard during a yoga class (unless you’re an instructor, that is). This time is dedicated to meditation, downward facing dog-ing and quietly tuning into our mind and spirit NOT other people weekend plans. Save the chit-chat for later and practice being in the moment- you’ll feel amazing afterwards. Trust me! In the silent section of the library

The scariest place to start a conversation with your neighbour is here…unless you want Ms. Trunchball giving you the death stare and a not-so-pleasant shower of saliva from her exeuberant SHHHHHH-ing. It’s pretty self-explanatory really, a ‘silent room’ means that you should probably try to be silent. In the toilet cubicle

Although some may not find it ‘rude’ per say, it can become a little bit awkward- think about the poor 5-year-old in the cubicle next to you that probably didn’t want to hear about what happened last night at the clubs… AND toilets echo! Sure, there’s no real rule to where you can talk and chat business, but maybe leave it to when you aren’t DOING your business… Don’t be a party pooper. (HA!)

This one comes down to respect! As someone wise once said, ‘treat others the way that you want to be treated. Speaking during someone else’s speech is a HUGE no. There is so much to take from what other people say, even if it is one that you didn’t sign up for in the first place. Take this time to engage, let yourself be inspired and if you REALLY are disinterested, do some planning in your head for what you have on for the rest of the week. 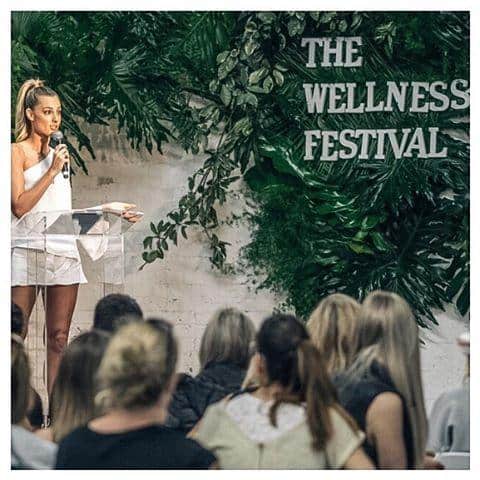 Unless you want salty, buttered popcorn thrown at you from all angles, you should probably avoid the catch-up when the lights dim. If it’s urgent, whisper?

Pick and choose the most appropriate time to share your stories because you might just end up with an unprecedented and uncomfortable shower of words… or even worst, SPIT!